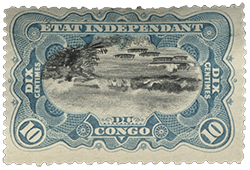 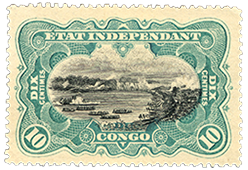 This 1895 stamp features Stanley Falls (now Boyoma Falls), a famous natural wonder. A single sheet of 100 stamps was printed with the waterfall inverted. Of those 100 stamps, only about 40 survive today. 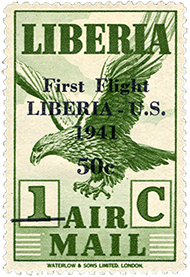 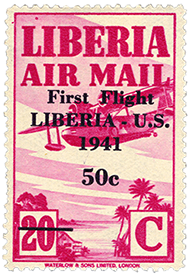 In 1941 Pan American Airways announced the first direct airmail service between Liberia (which was founded by freed American slaves) and the United States. To celebrate the inaugural flight, the Liberian Post Office overprinted existing stamps. Then, at the last minute, Pan Am postponed the flight until 1942. 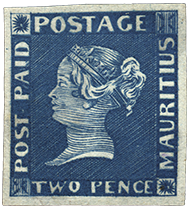 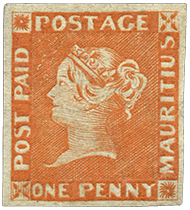 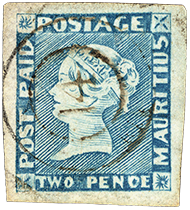 In 1848 Mauritius, then a British colony, issued stamps showing Queen Victoria at age 18. The soft copper plates wore down quickly, resulting in the changes visible in this group of early to late impressions. Some stamps contain an engraver’s error: “PENOE” instead of “PENCE.” 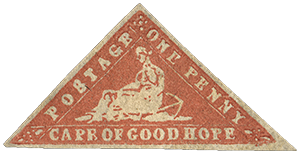 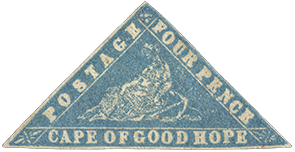 When stamps from Great Britain ran out in 1861, the Cape of Good Hope colony issued these provisional stamps. Within a few years, they were scarce. In 1863 E. Stanley Gibbons of England acquired a quantity of the stamps and used them to build one of the world’s largest stamp dealerships.

Africa
‹ Treasures of the World up Americas ›
Back to Top