The National Postal Museum would like to share research and educational materials through the online articles found below. 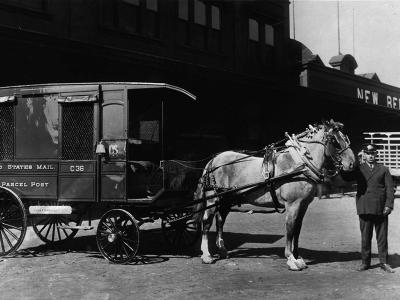 100 Years of Parcels, Packages, and Packets, Oh My!
On January 1, 1913, the Post Office Department inaugurated their parcel post service. Prior to that date, only packages weighing four pounds or less could go through the postal system. Farmers and others complained that private express company rates changed with little notice, were too high, and difficult to determine. The new parcel post system was met with enthusiasm and more than a few challenges to the idea of what could, or could not be mailed.
Learn more 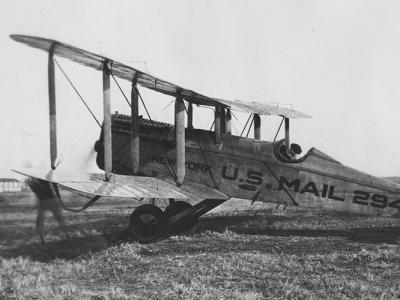 Airmail to Airlines
The transition from airmail to modern day airline companies can be viewed in the evolution of the 22 models of airplanes that were used in the years 1918 to 1936, as the airmail industry became the airline industry.
Learn more 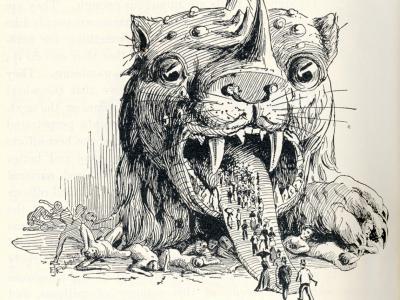 All Bets Are Off
In the second half of the 19th century New York City was a battleground between pious reformers and the ills and sins they believed were destroying the nation. A leader in that struggle was Anthony Comstock, who enlisted the aid of the Post Office Department in his battle against obscenity, vice, and . . . lotteries? You may know of his fight against the first two, now learn about his struggle against the evils of the lottery.
Learn more 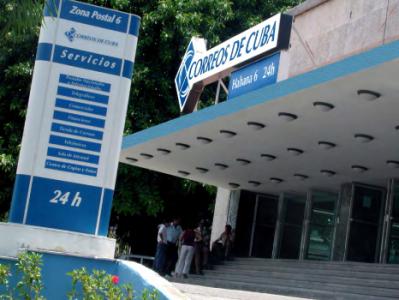 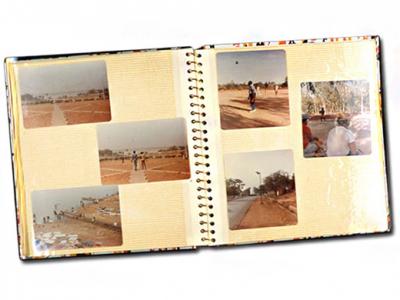 Disaster Recovery of Personal Items
Hurricane Katrina has raised an immediate need for information about recovery of personal documents, photographs and other collectable items. The National Postal Museum would like to share some resources from the Smithsonian Center for Archives Conservation and others below with our website visitors.
Learn more 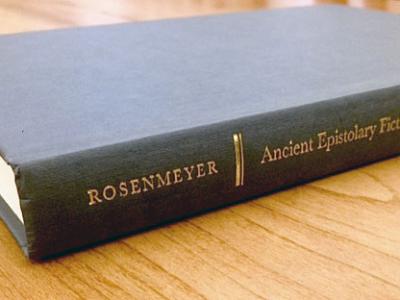 Epistolary Fiction
Epistolary novels use letters to tell a story. Hundreds of authors have found their way into telling a story by sharing their characters’ correspondence. Even as letters have made way to emails and text messages, the idea of using written messages to tell a story continues. Learn more about this unique story telling methodology.
Learn more 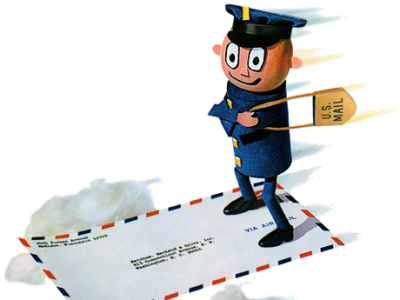 Flashing Across the Country
In 1963, the United States Post Office Department (POD) launched an advertising campaign on a grand scale. This memorable campaign made Mr. Zip one of the most easily recognized figures in American advertising.
Learn more 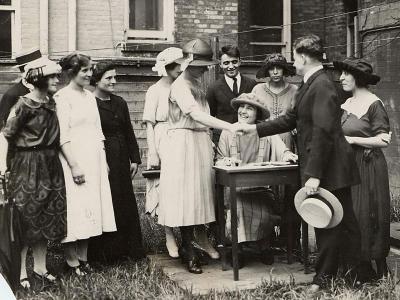 Go West, Young Woman!
“Mail-order Brides” is a term that has undergone many representations. As it suggests, at one time, mail was how strangers “met” to arrange a possible marriage. From the American West to first decades of the 20th century, mail made those connections. But just what was this process all about?
Learn more 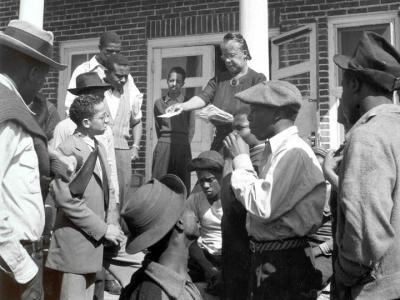 Letter Writing in America
This article explores the place of letter writing in American history, revealing through the words of its citizens the nature of American life and documenting the country’s search for a uniquely American identity.
Learn more 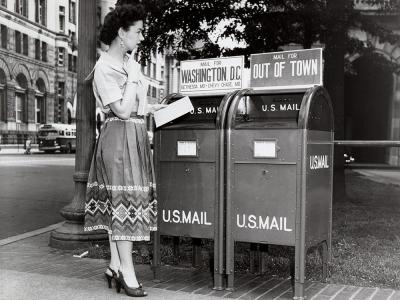 Machines or Bust
The nation needed a postal system that could meet its surging need. To answer that challenge the Post Office Department had to integrate new machines and systems into an organization that was second only to the military in scope and numbers. It would not be easy.
Learn more 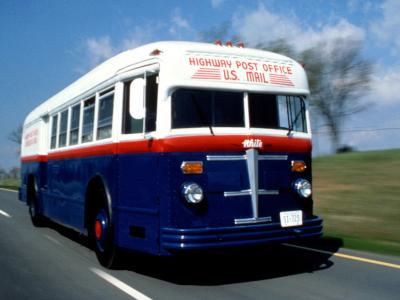 Mail on Wheels
The Highway Post Office bus service was referred to as the “Modern Day Pony Express,” and was one the most technologically advanced processing and transportation systems that the Post Office provided.
Learn more 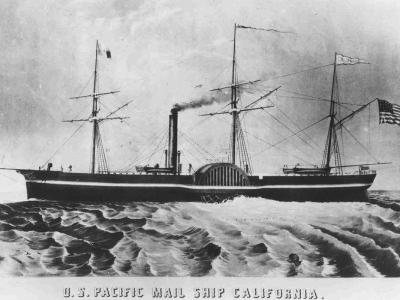 Making Way
In the mid 1800s the best way to travel from New York to San Francisco was by steamer to the Panamanian isthmus, across Panama by land, and hailing a second steamer to finish the trip. Learn how the U.S. Post Office Department helped create this passage and how the discovery of gold in California kicked the entire system into overdrive.
Learn more 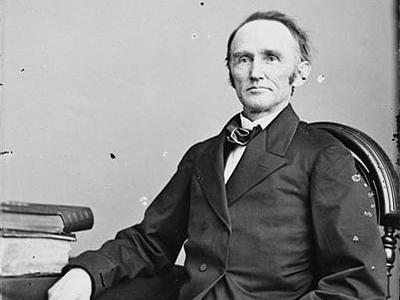 Montgomery Blair
As postmaster general under Abraham Lincoln during the American Civil War, Montgomery Blair was in the public eye during a very turbulent time in United States history. While generally a forgotten figure, his contributions to the United States postal system were enormous and long lasting.
Learn more 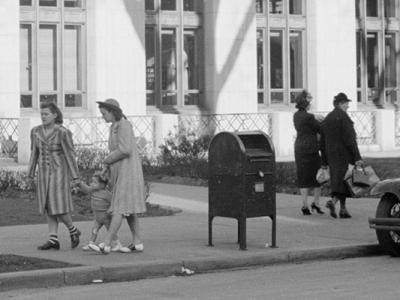 Pictures Worth a Thousand Parcels
During the Great Depression the Farm Security Administration sent photographers across the country to document the lives of everyday Americans. These photographs, housed at the Library of Congress, reveal how America’s postal system was an integral part of our citizens’ daily lives. Learn more about some of these photographers, their work, and a listing of postal-related photographs in that collection.
Learn more 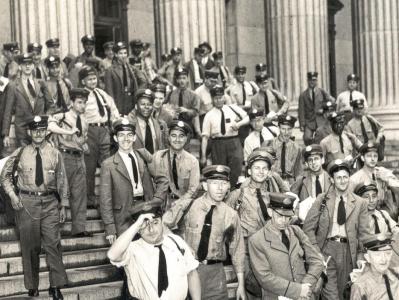 Postal Employees After Hours
Postal workers have had a long history of involvement in group activities outside of work hours. This project endeavored to begin compiling an account of what organizations have, and still do, exist, and why.
Learn more 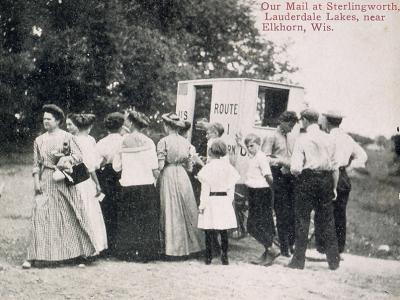 RFD: Marketing to a Rural Audience
An official service since 1902, Rural Free Delivery brought the world into rural American homes. It also created a new, specialized market of the growing numbers of rural letter carriers. Rural carriers were contacted by companies looking to reach into a community market as well as businesses advertising goods and tools to the carriers themselves. In the end most of the young companies did not survive the rush to claim rural carriers’ loyalties. But the first decades of the 20th century’s rural mail service offer a fascinating look at commercial opportunities and challenges.
Learn more 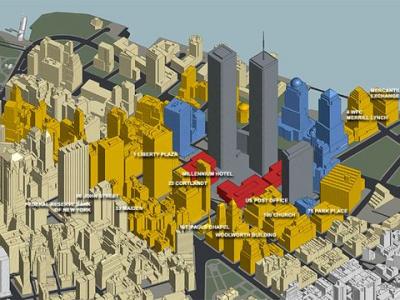 September 11, 2001: Collecting and Exhibiting a National Tragedy
Examination of the decisions made, and work done, to bring items from New York City's Church Street Post Office into the National Collection.
Learn more 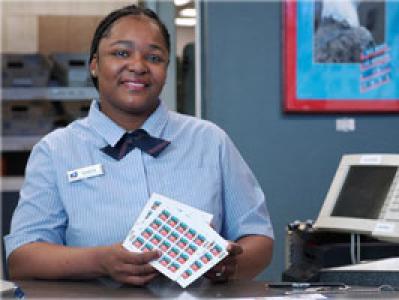 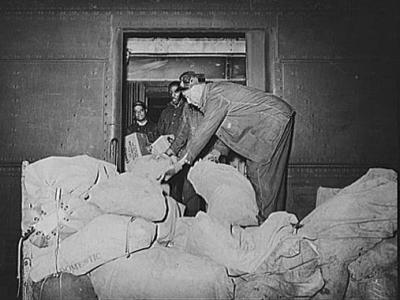 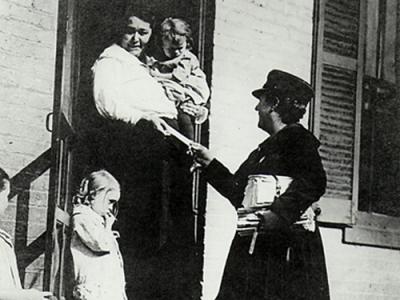 Women in the U.S. Postal System
This article explores the fascinating history and lives of female postal workers from the American Revolution to the present. A number of women share their postal stories in the site’s third section, “In Their Own Words.”
Learn more