Owney was a scruffy mutt who became a regular fixture at the Albany, New York, post office in 1888. His owner was likely a postal clerk who let the dog walk him to work. Owney was attracted to the texture or scent of the mailbags and when his master moved away, Owney stayed with his new mail clerk friends. He soon began to follow mailbags. At first, he followed them onto mail wagons and then onto mail trains. Owney began to ride with the bags on Railway Post Office (RPO) train cars across the state . . . and then the country! In 1895 Owney made an around-the-world trip, traveling with mailbags on trains and steamships to Asia and across Europe, before returning to Albany.

Railway mail clerks considered the dog a good luck charm. At a time when train wrecks were all too common, no train Owney rode was ever in a wreck. The Railway mail clerks adopted Owney as their unofficial mascot, marking his travels by placing medals and tags on his collar. Each time Owney returned home to Albany, the clerks there saved the tags.

Postmaster General John Wanamaker was one of Owney's fans. When he learned that the dog's collar was weighed down by an ever-growing number of tags, he gave Owney a harness on which to display the "trophies."

On April 9, 1894, a writer for the Brooklyn Daily Eagle reported that "Nearly every place he stopped Owney received an additional tag, until now he wears a big bunch. When he jogs along, they jingle like the bells on a junk wagon."

In June, Owney boarded a mail train for Toledo, Ohio. While he was there, he was shown to a newspaper reporter by a postal clerk. Owney became ill tempered and although the exact circumstances were not satisfactorily reported, Owney died in Toledo of a bullet wound on June 11, 1897. Mail clerks raised funds to have Owney preserved, and he was given to the Post Office Department's headquarters in Washington, D.C. In 1911, the department transferred Owney to the Smithsonian Institution, where he has remained ever since. Owney can be seen on display in the National Postal Museum's atrium, wearing his harness and surrounded by several of his tags. 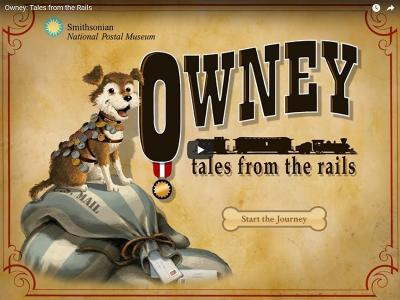 Owney: Tales from the Rails

The Smithsonian National Postal Museum has brought the true story of Owney to “life” with beautiful animation, a fun (and historically accurate) story, the deep grandfatherly baritone of Trace Adkins, and a catchy theme song.

Learn more About Owney: Tales from the Rails 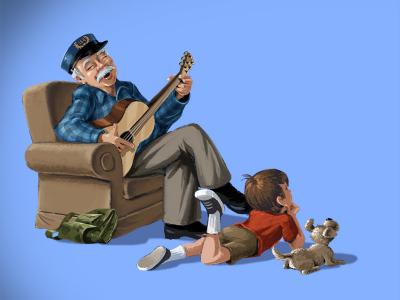 Enjoy a musical telling of the Owney Story, sung by Trace Adkins and written by Stephen Michael Schwartz.

Learn more About The Owney Song 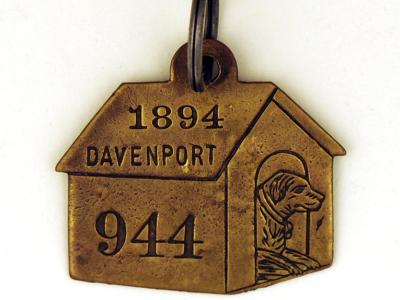 These historic images of Owney and his tags are for your use. Please include credit line, "Image courtesy of the National Postal Museum, Smithsonian Institution."

Owney
‹ Highway Post Office First Trip Covers up Owney: Tales from the Rails ›
Back to Top